career spanning 5 decades. She has performed as a soloist as well as in collaboration with other musicians from all over the world. Her performing career has extended throughout Europe, Asia and the USA. Ms. Petrova has done numerous recordings for the Finnish and Bulgarian National Radio Networks.

Violeta Petrova lived in Helsinki, Finland since 1987 where she was a piano professor on the faculty of Sibelius Academy and Helsinki Conservatory for over 25 years.  During that time she was frequently a visiting Professor at Chugye University for the Arts, Seoul, South Korea. Ms. Petrova was also invited to the University of Minnesota, Duluth for one semester to lend her level of expertise to the Music Department. Ms. Petrova leads piano Master Courses in the USA, Bulgaria, Finland, Greece and South Korea.

As of January 2014, Professor Violeta Petrova has established herself in Southern California (San Diego County,) ready for a new chapter in her successful piano career and to be close to her family. During her first year in California Violeta was recognized with the Paul Harris Award given by the Rotary International Carlsbad Chapter.

Ava Payne (maiden name Angelova) was born in Sofia, Bulgaria. Following in the footsteps of her mother, Ava began

playing the piano at the age of 5.  From the age of 7 she performed as a solo pianist and in collaboration with other musicians throughout Europe and the US. At the age of 13, life took Ava and her mother to Helsinki, Finland where they resided for the remainder of her teenage years.  Ava later moved to London and at age of 21, took a leap of faith and went into the world of acting.  There she performed in theatre, radio, TV and film.  Later she was approached by a New York talent agent and in 2002 New York became Ava’s next home.

In New York, Ava became involved in acting, print modeling and music. She was part of the artistic world in both London and New York. Additionally, Ava worked as an independent consultant in executive research for many corporations throughout Europe and the US. In 2007 she relocated to Los Angeles and one year later met the man of her dreams, Ben. Ava and Ben married in 2009 and started their life together in unincorporated Vista.

Though not actively performing, Ava’s love of the performing arts continues to be strong. Today she is still consulting and producing cultural events. Ava enjoys participating in the community and is actively involved with the Rotary Club of Carlsbad and also serves on the Board of Trustees for the Oceanside Museum of Art. 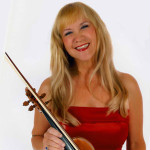 For Bethany Grace, the best part of being a musician is that she can “make a living by living her passion.” To see her play the violin is to experience that passion in action. Her lifelong love of symphonic music began at the age of five when she attended a concert by the Chicago Symphony Orchestra, conducted by Fritz Reiner. Since then, she has played in numerous orchestras, including the Los Angeles Philharmonic, the Los Angeles Opera, the San Diego Symphony, the San Diego Opera, the San Diego Chamber Orchestra, the Mainly Mozart Festival and many others, including Concertmaster of the Santa Clarita Symphony Orchestra. A versatile musician, Ms. Grace’s musical career has taken her all over the world to play and record with a wide spectrum of musicians including Yanni, the Moody Blues, Placido Domingo, Pavarotti, Andrea Bocelli, Kenny Loggins, John Denver, The Manhattan Transfer, Mannheim Steamroller, James Taylor and many other great performers. With the Hutchins Consort, she plays everything from Bach to Piazzolla on the soprano violin.

WHO:
Women’s Wisdom ~ Women Empowering Women In Friendship and Business

WHAT: TUESDAY TEA TIME ~ With Ava Payne, hostess and speaker 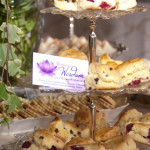 WHY:
Let’s get together to Connect, Catch up & Create new possibilities! 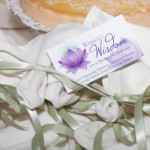 Everyone is invited, so bring your friends. These events are created for Members to host and share. How great is that?!

HOW:
Register on our meetup group here::
https://www.meetup.com/WomensWisdom

Please let us know “IF” you can help and what you are bringing to share. 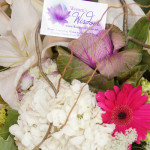 If you do not have time to bring a healthy organic finger food,
just let us know either way so we can plan accordingly.
Ease & Grace is our theme, so just bring beautiful YOU 🙂
Thank you for helping make this special. 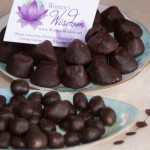 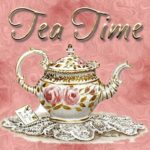 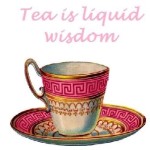