Regina’s media career began as a ski reporter while 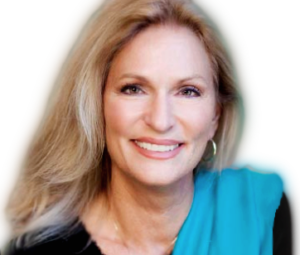 living at Lake Tahoe for NBC affiliate KCRA-TV in Sacramento, California, the nation’s first television and radio ski report from an independent roving reporter. Her first studio reporting job was in Sacramento and here she is on her first ever show.

Catching the eye of senior management, she was quickly offered a position as one of the first women to enter the world of television sports broadcasting on NBC and riding the wave of women on the sports desk, she was hired to co-anchor weekly football coverage in New York at NBC with Bryant Gumble.  She commuted weekly from her home on the shores of Lake Tahoe to “30 Rock” (NBC’s studios at Rockerfeller Center) and worked on the weekend show. 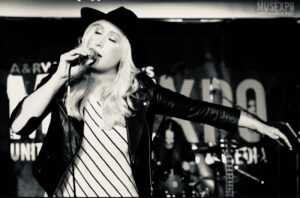 performing!
Her tracks have been featured in several daytime television shows including ABC’s One Life to Live and All My Children and a National ad for Victoria’s Secret. She has appeared on National TV as a special guest and performer on such channels as NBC, Voice Of America, NBCLX, Buzz TV, Canadian Global News, MTV/ Australia and more.  Her music has charted at #1 in Australia for their country charts and #1 three times for itunes (New Zealand ).

Emme has appeared alongside George Michael’s backing vocalists in ‘Last Christmas’ and was featured on CMT for her music video of that song. While in London, she recorded ‘Some Other Girl’ produced by Al Clay (Pink, Adam Lambert, Backstreet Boys, Stereophonics) and is still getting airplay worldwide.

Bethany Grace is a Soprano Violinist and to see her 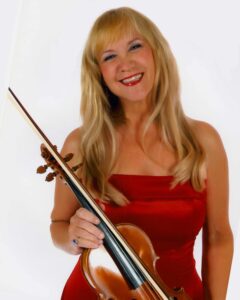 play the violin is to experience that passion in action. Her lifelong love of symphonic music began at the age of five when she attended a concert by the Chicago Symphony Orchestra, conducted by Fritz Reiner. Since then, she has played in numerous orchestras, including the Los Angeles Philharmonic, the Los Angeles Opera, the San Diego Symphony, the San Diego Opera, the San Diego Chamber Orchestra, the Mainly Mozart Festival and many others, including Concertmaster of the Santa Clarita Symphony Orchestra. A versatile musician, Ms. Grace’s musical career has taken her all over the world to play and record with a wide spectrum of musicians including Yanni, the Moody Blues, Placido Domingo, Pavarotti, Andrea Bocelli, Kenny Loggins, John Denver, The Manhattan Transfer, Mannheim Steamroller, James Taylor and many other great performers. With the Hutchins Consort, she plays everything from Bach to Piazzolla on the soprano violin.

WHO:
Women’s Wisdom is the Premier Networking and Relationship-Building Group for Purpose-Driven and Soul-Inspired Female Entrepreneurs around the world. Entrepreneurial women love the buzz and success of other women. They find the creativity and movement exciting, inspirational, and they give back to help one another. Who wouldn’t want to get to know power women like that?

Member Sponsor
Would you like to sponsor the event for extra promotion?
* Introduce yourself to everyone on the Webinar?
* Give a virtual gift for all attending?
* Be listed on the Virtual Members Directory?
.

Vendor Sponsor
Would you like to sponsor the event for extra promotion?
* Introduce yourself to everyone on the Webinar?
* Give a virtual gift for all attending?
* Be listed on the Virtual Members Directory?
* Showcase your products, services, events?
* Have extra time to share?
.

JOIN the WW VIRTUAL Membership for a discount and all the benefits!
Only $29.97 to register and $9.97 monthly. You can cancel at any time.
. 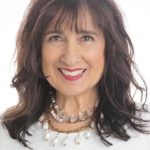